I was very pleased to be asked to join Graham Signorini and Greg Blunt on the Alan Chinn Award committee this year, as Alan’s generous advice was a significant part of the reason my first boat was built with a minimum of fuss. His interest, enthusiasm, and wealth of knowledge made building my Selway Fisher Coble so much easier than it would have been had I been just trying to work it all out on my own. I met Alan through the Selway Fisher Yahoo Group, and as a result of this joined the WBA. I’m sure that my experiences are far from unique: Alan has been a great role model and recruiter for the Association over the years!

The four candidates for this award exemplified the diverse interests of our members.  Keeping in mind that the award goes to the builder rather than to the boat, it was a privilege to be able to talk to each builder and learn a little about the journey they undertook when working on their craft.

All four candidates deserved to win the inaugural Alan Chinn Award, but in the end we decided that Russell Hurren should be the recipient, as we felt that the enthusiasm that he engendered in the group involved in the restoration was a fitting recognition of the effort Alan is well known for. Alan has always loved messing about in boats, working on them, talking about them, and imparting skills and knowledge far and wide, and Russell’s restoration did the same for a large group of people who will now always look at wooden boats just a little bit differently. 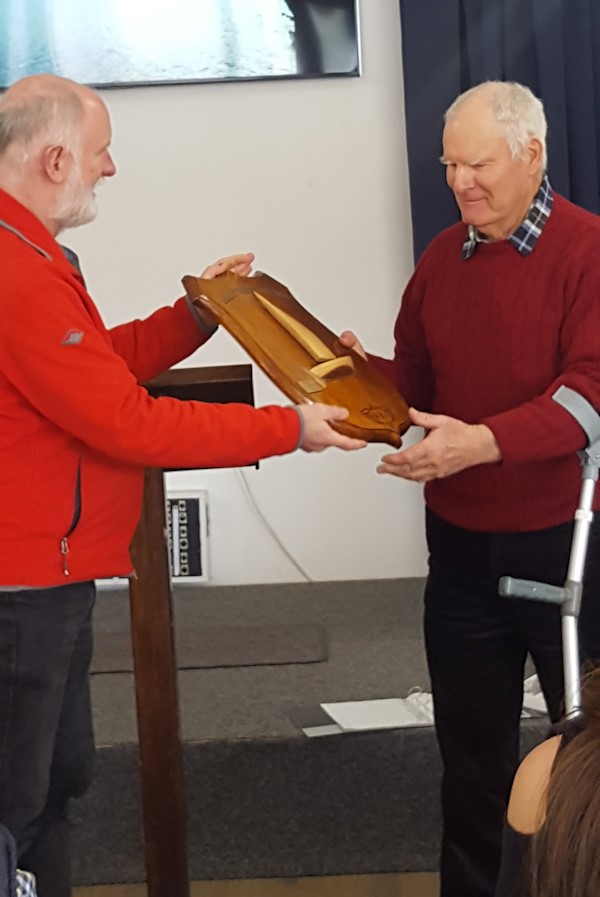 We congratulate Russell, Jimmy, Jack and David on their diverse projects and look forward to seeing nominations for next year’s award.

Peter Batchelor [on behalf of the 2019 judging panel]

We have 97 guests and no members online