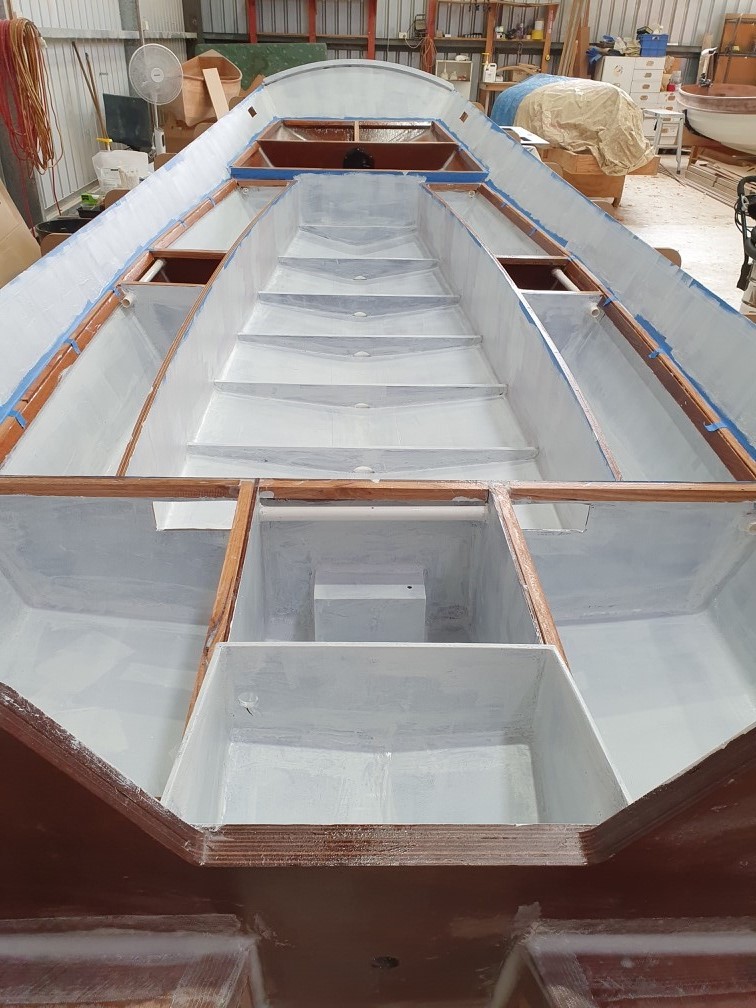 Another month passed and there doesn't seem to have been much change in appearance of the boat.

I’ve cut holes to take the various electric components in the bulkheads including in the bow and stern for navigation lights, fitting the bilge pump box and sealing the join. 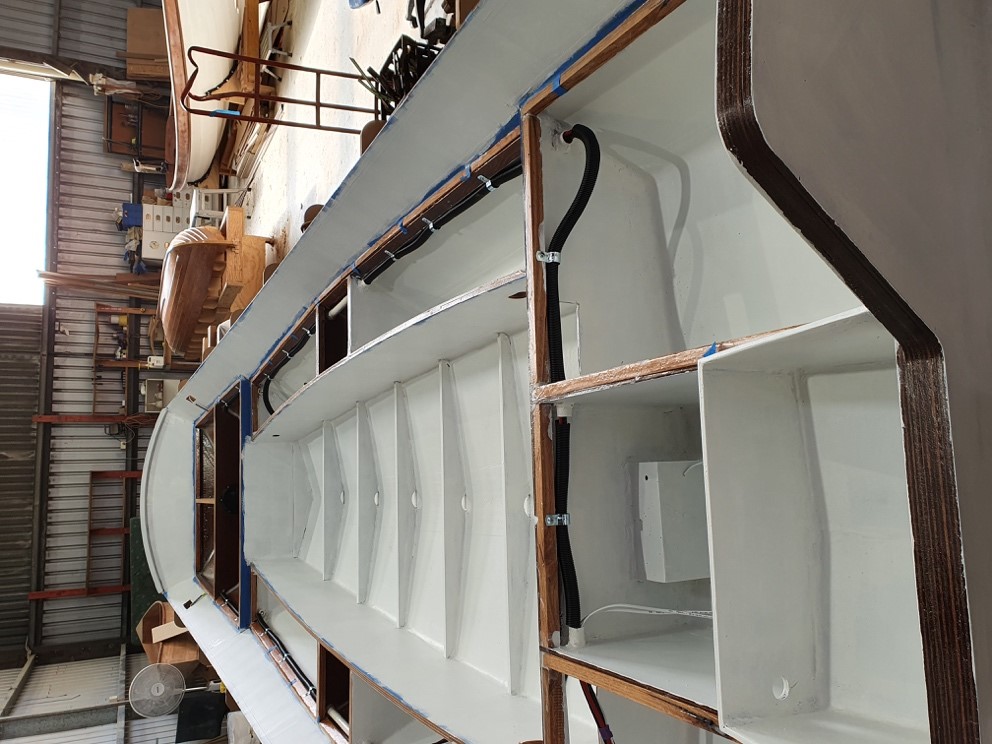 I’ve added masking tape over the inwale area and the false ribs between the inwale and seat tops which will accommodate a grab/ tying off rail.

Three coats of 2 pack epoxy primer have been applied to the interior and the electric cables have been run in conduit from stern to bow.

This was all in preparation for the internal painting which was due to start last week, however we are now in lockdown and the Victorian Wooden Boat Centre is outside my 5 km. range!

I have brought my equipment home and now will make a pair of 8'6" oars to occupy some of my time while waiting for the 6 weeks to run its course.

More of this next time.
Chris.

We have 96 guests and no members online