“Ultimately I would like to make something that can carry the six of us for an afternoon of sailing but I think that would be too much of an undertaking for a first attempt at making a boat. I would rather start with something that is achievable and fun to build with the boys”.

Discussions with Chris Kelly, Bill Jones and others, led to that the conclusion that although simple, the boat would be too small for his purposes and this led to research into finding something that may better suit the family and would not be beyond the resources available at present in Vanuatu.

A few options were checked out, and the Selway -Fisher 11’6” Acorn Garvie http://www.duckworksbbs.com/plans/sf/dinghies/sdp/acorn/index.htm was put forward as an option. It is a relatively simple build, follows the lines of the Graefin in many ways and help is available from the designer if required. Yes Leigh, it looks very much like a Mirror dinghy! 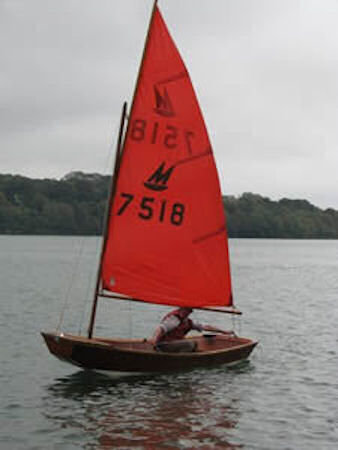 Plans were purchased, and after a bit of a wait for epoxy to be imported by the dealer, Steve and family have made a promising start

.We look forward to the completion and launch of your ship, Steve – keep up the good work! 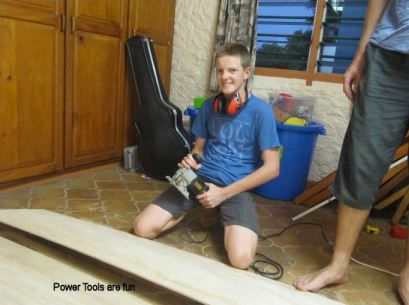 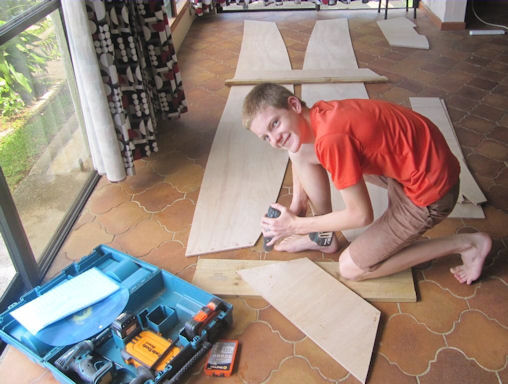 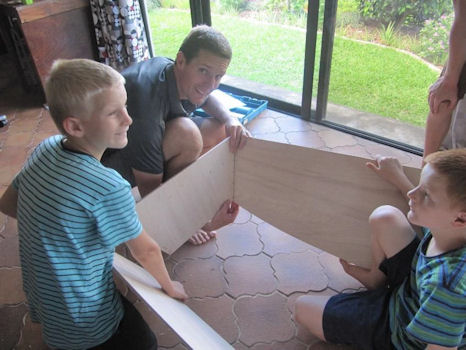 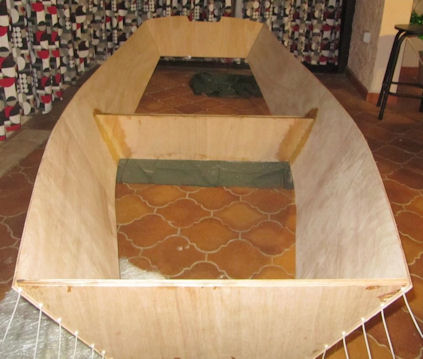 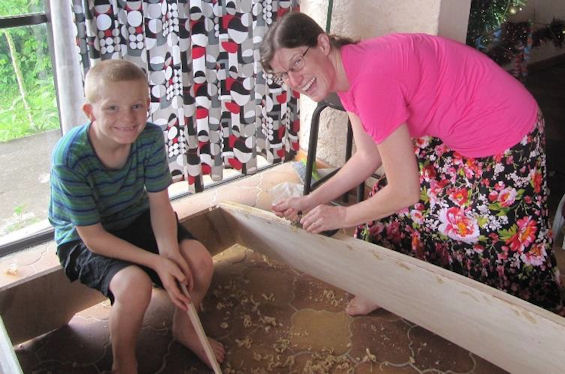 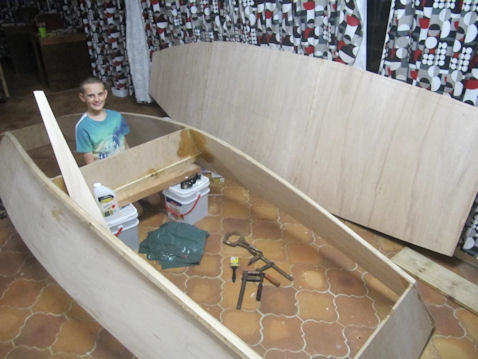 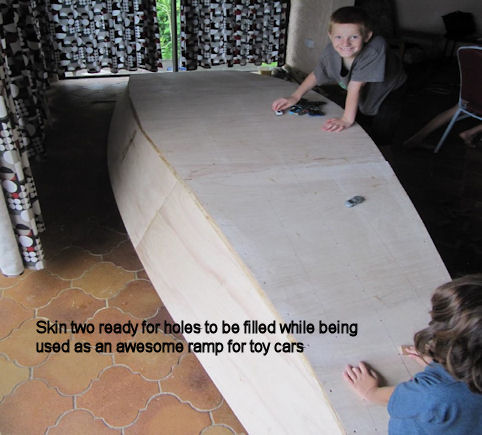