UPDATE: "Thursday" was launched at Williamstown in December 2019.  Congratulations to all the builders!

The St Ayles Skiffs are 22 foot row boats that are similar to ancient Scottish craft used for fishing and recreation around the Scottish Isles. The St Ayles Skiff was designed for communities to build and own to encourage community engagement and build skills both in the building and the rowing. These boats are now being built around the world for this purpose. The Williamstown group had its inaugural meeting in July 2016. A core group of 12 women members have been active in raising funds, attending other events here in Victoria (Geelong and Warrnambool), Tasmania and South Australia, and meeting monthly. The commitment by the women to attend on a weekly basis for the build has been phenomenal. The Williamstown build was inspired by the Franklin Women's Build in Tasmania. Their boats (x4 now) are moored on the river and accessible at all times for casual rows and competitions. 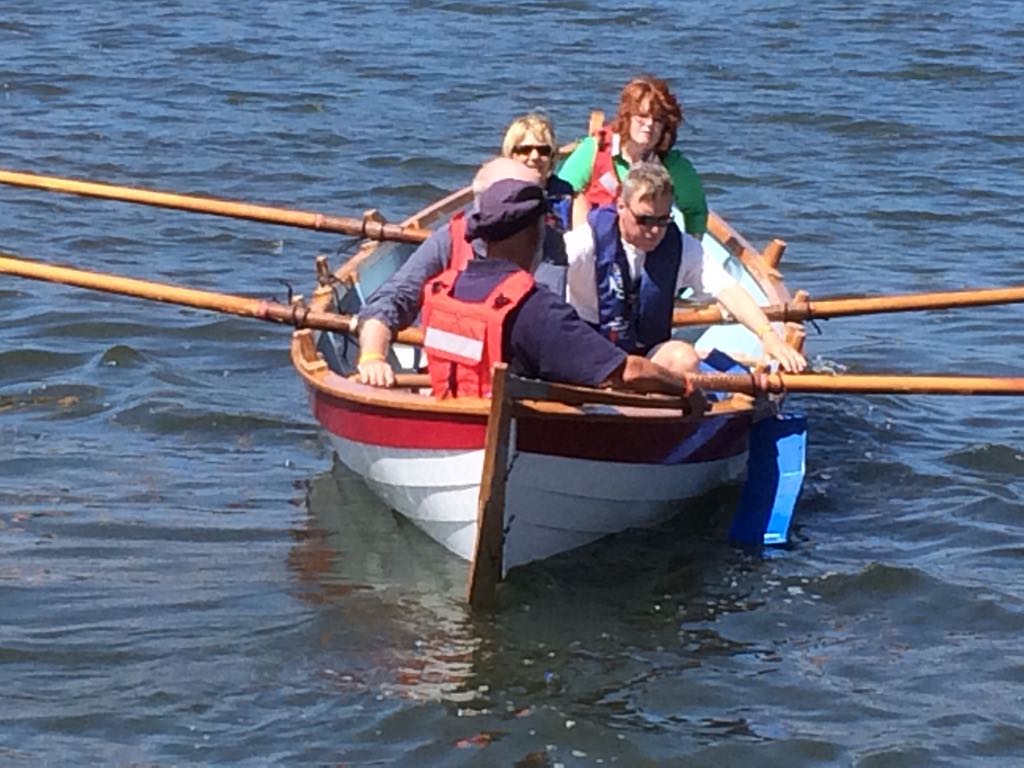 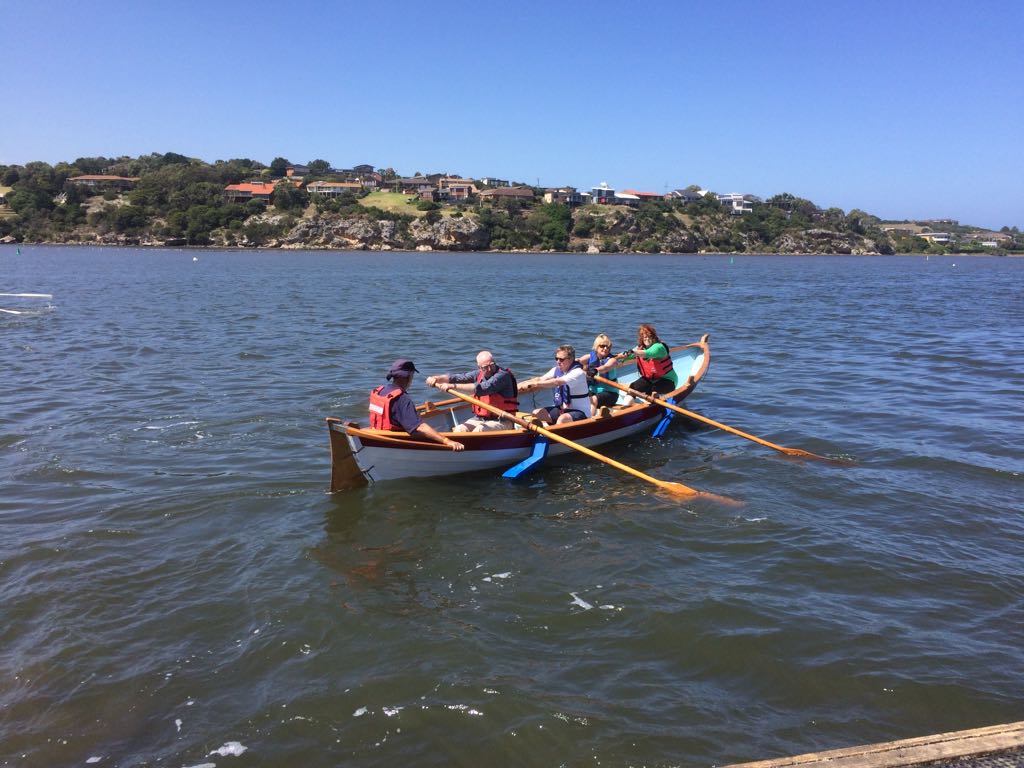 In February a small group attended the Hobart Wooden boat festival and participated in the mini raid return to Franklin over four days. This introduced us to people from around Australia, Scotland, England, Holland and New Zealand and gave us an amazing opportunity to see the full impact that this growing sport engenders.We are auspiced by Outlets Community Co-Op in Newport who are very supportive. As part of Outlets we qualify as a non-for-profit group. We have a committee and membership structure. At the beginning of the year the Welsh Church (which built and rows the St Ayles Skiff “Cariad”), kindly allowed us to set up to build our St Ayles Skiff in their shed at Seaworks, Williamstown. 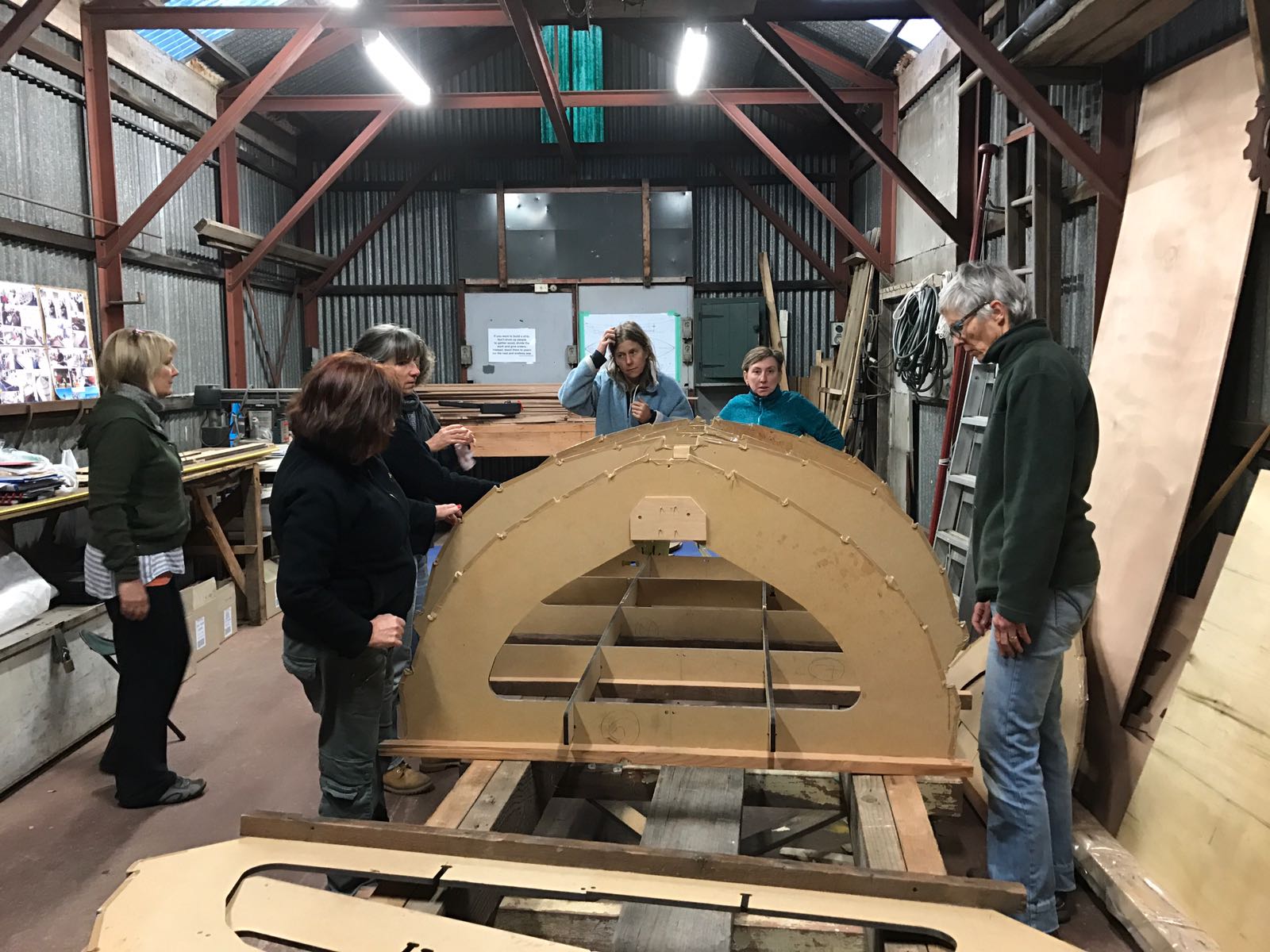 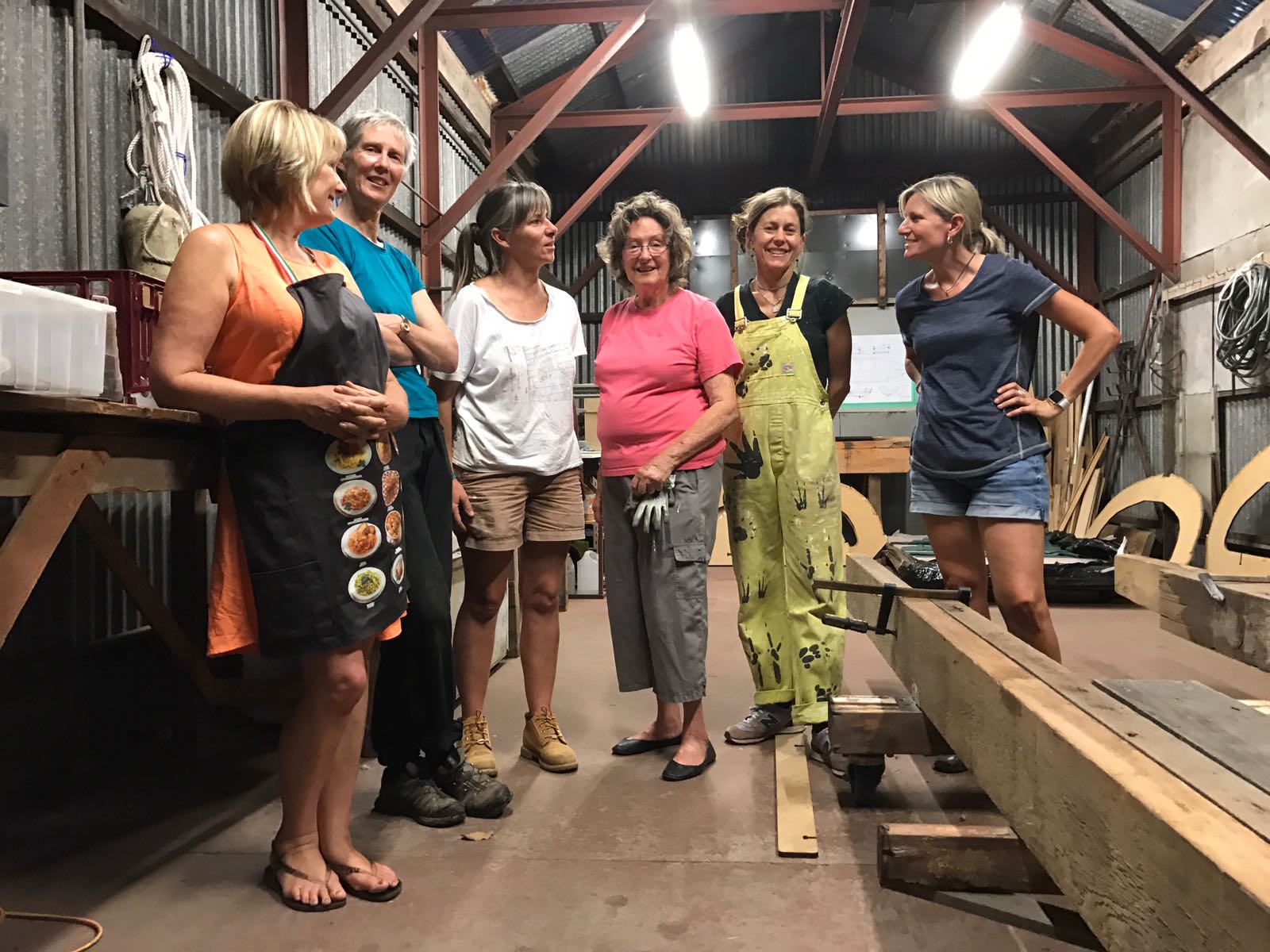 Where to from here?   First we have to complete our boat. We need to raise further funds and get sponsorship for a purpose-built trailer so we can take the boat to events, and get the boat easily in and out of the water. The build should be completed within the year and we are looking forward to a ceremony to thank our supporters and launch into the future. After that we are planning a small regatta that may be combined with Geelong who are also commencing a build. 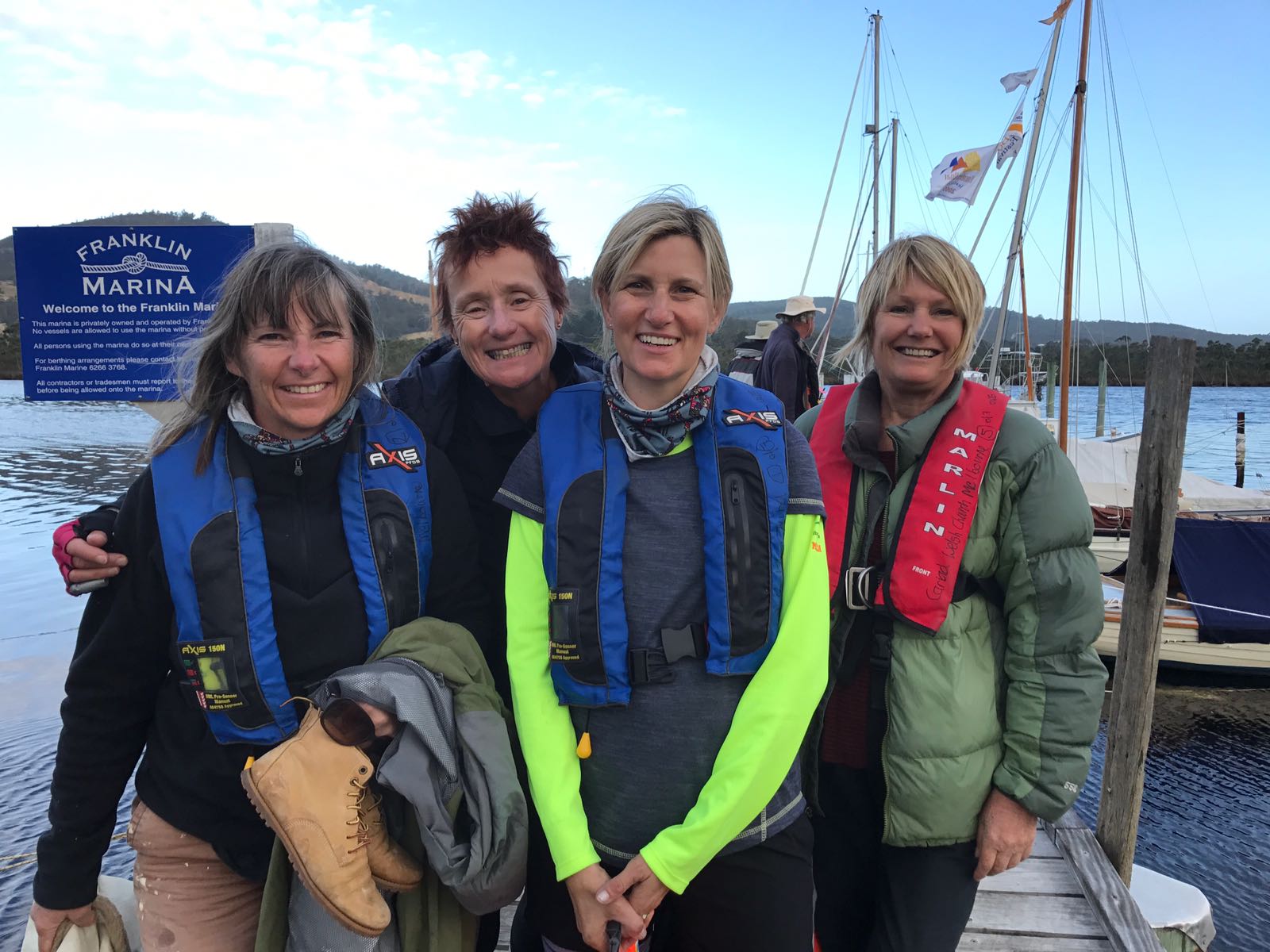 Long term it would be good to collaborate with HBCC, Sea Works, Docklands and various sailing and boating clubs in the area to organise our own St Ayles Regatta.   Collaboration with schools and other organisations is also on the horizon.

We have had many supporters - the Welsh Church has kindly assisted us with training and 'come and try days', we have also been supported by various local businesses including Bunnings who have generously donated tools, a local industry has enabled us to sell their products as a fundraiser that is ongoing, boatbuilders Ferdi and Wendy Darly and members of their boat building team are supporting the build with their expertise (which is invaluable).   The Wooden Boat Association and an anonymous donor have given funds to assist us to this stage and we also received a Grant from Hobson Bay City Council to assist with buying the kit.

So what do the women say about being involved?   “A friend asked me: "Want to build a boat?" So I thought - boat, water - can't swim, tools? drill? even a hammer, a nail? - slightly problematic, arthritis, age (76)   Obviously a silly idea!   So I said: "Why not?", and here I am, amongst this grand group of focused and adventurous young women. So you see AGE is not important, unless you are a cheese!!!"

"I look forward to our St Ayles boat building every week. I have met and thoroughly enjoy the commitment of mixing and learning and extending new skills with a very diverse group of women. We have been guided and used power tools which in itself is a sheer buzz."

"The anticipation of learning new skills and actually building a row boat from scratch is sensational. We have built friendships and been able to support each other within a short space of time. It is psychologically and physically positive and definitely allows me to "think outside the box" of day to day routines. See you on the sea, there's nothing quite as invigorating! The possibilities are endless."