NOTE: David was a finalist for the inaugural Alan Chinn Award in 2019.

Why build an Adirondack Guide Boat?   Well I have found that I like building small boats, and I liked the idea of giving a double ender a go, preferably clinker, with a goodly number of planks.

Yes, I confess, I choose my boats by the way they look, and not necessarily because of the way they sail or row, and I was sucked in by the lovely lines of Paul Fisher’s Adirondack style rowing boat (http://www.selway-fisher.com/Rowskiffs.htm#ADI ).   I believe this design was drawn up at the request of Colin Wragg, a member of the Tasmanian Wooden Boat Guild.

I ended up building two Selway Fisher Adirondack Guide Boats from the same mould and plank templates, and while the first boat rowed well– Jim Stockton remarked after a try that it was the best boat he had rowed – I decided I had enough boats, and ended up giving it to a son-in-law who loved the look of it.

The second boat?   Well I had the building frame, I had the templates, and it just sort of happened until it was fully planked but unfinished, and I found I had lost interest in it. 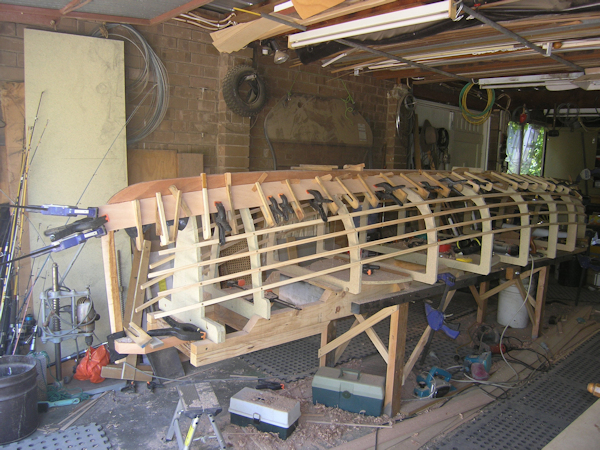 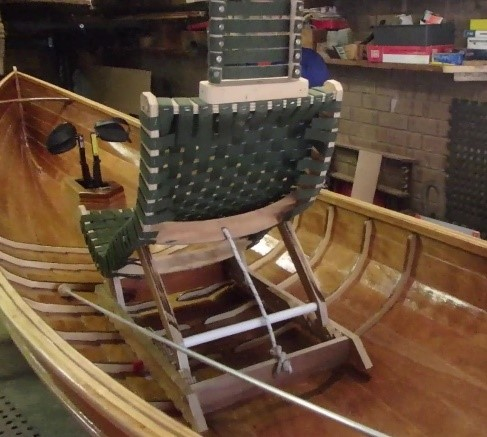 After a year or so – or was it two - of thoughtful consideration (procrastination?) I started researching the option of fitting number 2 with a Hobie Drive.    The drive seemed to offer some advantages in that it would allow navigation of narrower waterways, and transfer the effort from my upper body (I had had shoulder issues) to my legs.   To be completely honest ‘though, I guess I just wanted to work out the process and give it a go.  After all, if it didn’t work, at least I would have given myself some entertainment.

I was able to buy an Hobie Drive at the right price, and after I received valuable advice from former member Mack Houghton, set out to clean up and finish the hull.   I also had to design and create the fittings required to transform the hull from a rowing setup, to one that accommodated the pedal drive. 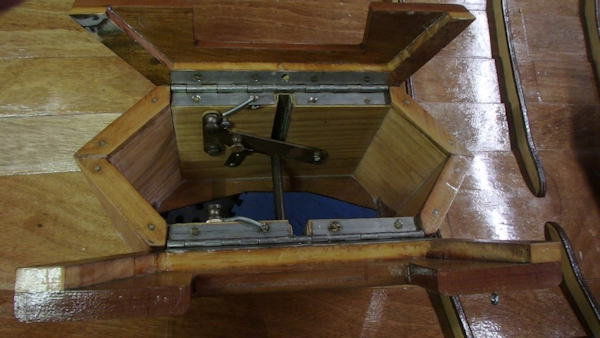 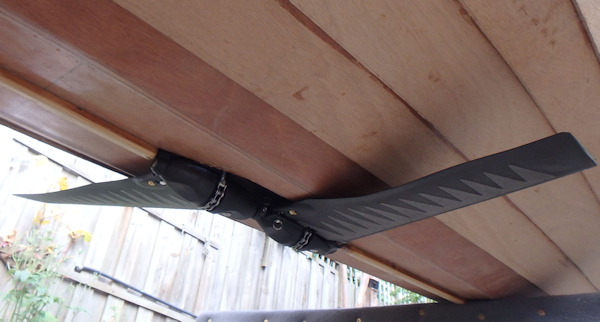 This involved drawing up and installing steering and rudder, a recumbent seat for pedalling, and a suitable mounting for the drive.

Did it all come together?   It sure did, and to my mind my daughter and her family have a beautiful, swift and functional craft that should give them fun for many years.  (yes, I’ve given this one away, too. 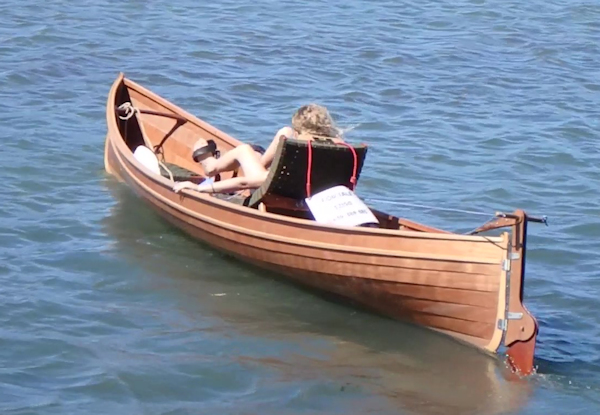