Peter Doyle, the Hon Sec of the Anglesea Recreation and Sports Club reports that the club has now become a member of the WBA. The ARSC is a club in name only, formed by some lads from Anglesea and Airey’s Inlet in 1911 around a regatta. Two of their four 1912-built rowing “shells” were at the Geelong WBF on the Labour Day weekend. It was a fantastic success. They were flat-out talking to people about our boats and our new Years Day regatta. Stuart did an outstanding job of arranging and managing the Festival.

ARSC have two four-oared and two pair-oared boats which were built in by James Edwards at Princes Bridge North in Melbourne in 1912 (at a total cost of 72 pounds, six shillings an eight pence – i.e. for all four boats!!) They have been raced in their regatta every New Years Day since 1912, except for a few years during WWII. They are in fantastic condition for such old ladies and they are beginning a two-year(ish) refurbishment program now and the Geelong WBF opened many connections for them with other members who are keen to help and, perhaps the row next New Years Day! They invite other WBA members to join them at the next New Years Day regatta on January 1, 2013. 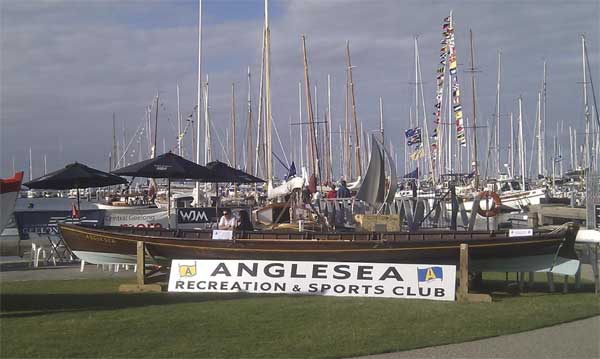