Alan Chinn recently sent in a photo of an early WBA event. There are some who are long term stalwarts of the WBA and still active!

One name is missing. Does anyone know who the mystery man is? Click on the photo for a larger view. 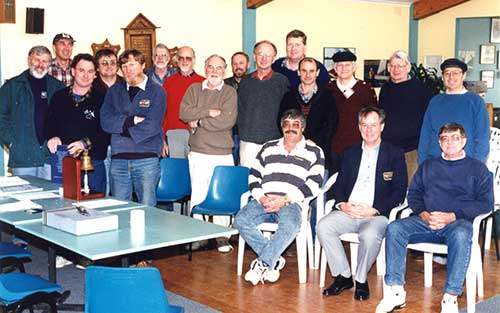