Before training as a teacher, my father worked as a numbertaker and ticket seller at Princes Pier. His boats came after a few rural-school postings. The longest (and happiest) prewar stay was at Tooradin North (1936-41), boarding in Tooradin 'a pretty little fishing village', in Stella Maris boarding house. He alternated between weekends in South Melbourne (socialising), and having Melbourne friends come to Tooradin for picnics and to go boating.

He bought a small dinghy with an outboard motor, and named it 'Felix Kasper', after the world champion iceskater, although the boat could achieve only 6 kn [11 km/h] at best. He stepped up to a larger boat (unnamed), and then to a beautifully-made double-diagonal-plank sailing dinghy with an outboard ('Jessie', the only one with a photo in the family album).

Two stories became family legends: he had a young girl out one day, and the motor ran out of fuel. Although she could hardly have had aviation experience, she was scared that the boat would sink if the motor stopped. On another occasion, he had the stationmaster out fishing. The boat got stuck on the mud in the falling tide, and the evening train to or from Melbourne was stranded at Tooradin, unable to get a signal; its whistling could be heard from the water. 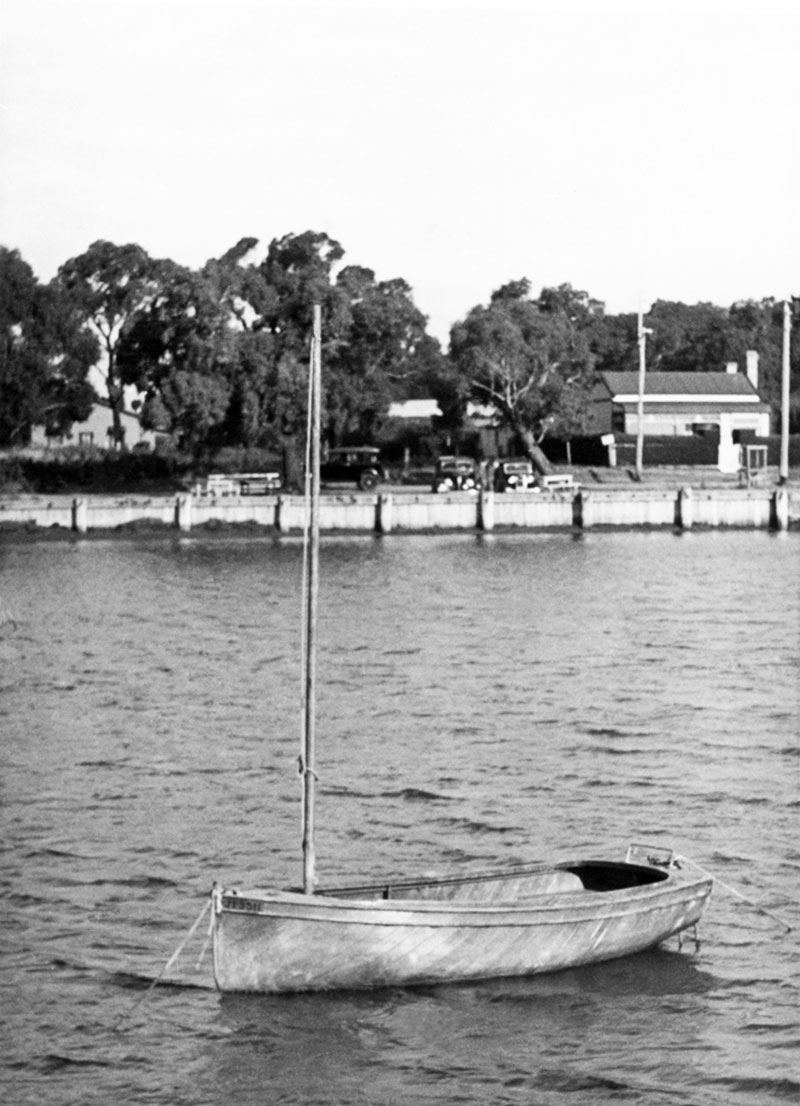