Despite the disturbing weather forecasts, the hardy WBAers who headed to Paynesville for the annual weekend away, managed to snatch some quality time on the water. Andrew Campbell (Mars) and Jim & Penny (Drascombe lugger) arrived on Thursday night and woke to a fine Friday, albeit with a northerly change due. We launched at Bairnsdale and, after a brief flurry of activity to quickly lower the lugger’s mast so as not to come to grief at the foot- and road bridges, motored leisurely down the Mitchell River. The river was high with all the recent rain water coming from upstream, picturesquely still.

The threatened front followed us downriver, an ominous shadow, past cliffs reminiscent of those at Werribee’s K Road, as we travelled between the silt jetties towards Lake King. As we crossed the lake and neared Paynesville a light wind sprang up and the front appeared to pass by. Leaving Penny with the boats, Jim and Andrew returned to Bairnsdale to pick up the cars and trailers. Suddenly there was an almighty whoosh – the wind had come in, the Strait was covered in whitecaps, boaties hurried into the pens and hunkered down. All according to the forecast, no? Nope, it was a south-westerly and way stronger than expected! The boats were retrieved without incident and we returned to Resthaven, where we were joined by Jenny & David Stott (Penguin), Leigh & Kerrin McNolty, David & Jan Gibson, and Brian & Robin Flewell-Smith (Rowdy, a very recent purchase).

Saturday’s forecast was also not promising and a river trip was decided upon as being less likely to be affected by whatever the wind decided to do. Accordingly, we launched at Nicholson, and after some teamwork to get Brian’s vintage outboard going, headed upstream on the Nicholson River. The day was cool and intermittently overcast, again the high water level provided us with great views of the surrounding farmland and open country. 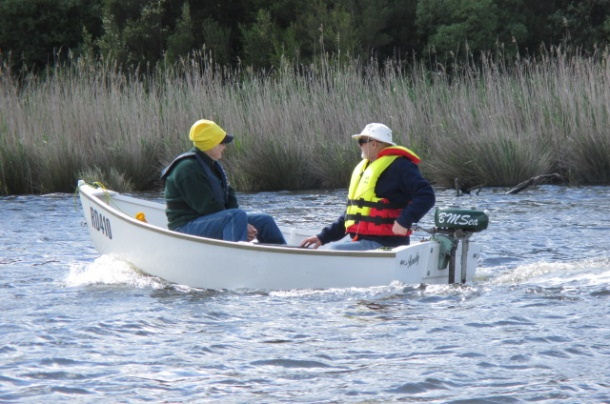 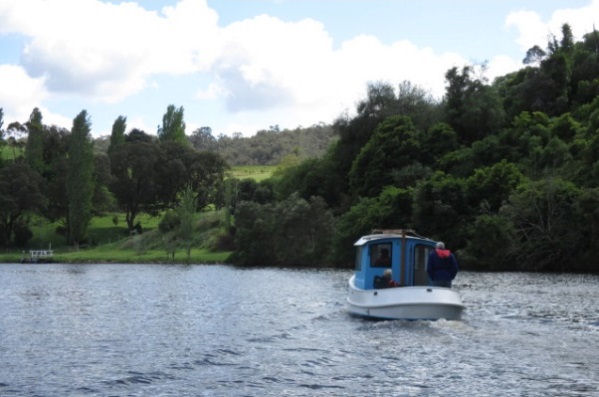 We travelled as far as we could (one estimate was ~9km) before the river closed in and the snags became troublesome. Penguin found herself stuck and pivoting on a pointy snag, until gently towed off by the lugger crew. Rowdy (no clutch, no reverse!) did figures-of-eight while waiting. Backtracking to a small sidebranch of the river, we nosed into the bank and stopped for lunch. The weather caught up with us then, an icy shower and small hailstones got us as we packed up and, after more fun starting Rowdy, headed back to the ramp in the rain. The water at the ramp was noticeably higher than when we had left, not sure whether the river is tidal that far up or whether the rain coming downstream had arrived? Life Members Colin & Jan Hunt joined us for dinner at the Paynesville Motor Cruiser Club, followed by cake and coffee at the Boathouse Café. The wind and rain that night were exactly what the forecast promised and we were lucky to have got away with our relatively dry and calm day.

The plan for Sunday was to meet up with members of the recently formed Gippsland Lakes Classic Boat Club for a look at paddlesteamer PS Curlip, now resident at Paynesville, then travel across to Spermwhale Head for a BBQ. However, the gale warning issued for the day suggested an alternative was called for. The GLCBC members gave us a warm welcome and provided hot drinks and home-made goodies aboard PS Curlip moored for now at, appropriately enough, Steamer Landing. We were honoured to be the first public group to be shown around the vessel since her arrival at Paynesville a few weeks previously. The WBA was involved with Curlip at its inception, as evidenced by a mounted brass plaque presented by David Stott during his Presidency. The GLCBC has a lot of work ahead of it to return Curlip to good order and is inviting the local community and indeed all interested parties to participate. Once she is out of the water, there will be plenty of opportunities for WBA members to become involved and follow her progress, see glcbc.org.au for more info. The BBQ lunch was held on Raymond Island instead of Spermwhale Head in deference to the expected bad weather, which in fact never really eventuated. We thank the members of GLCBC for making us welcome and wish them well in their efforts. 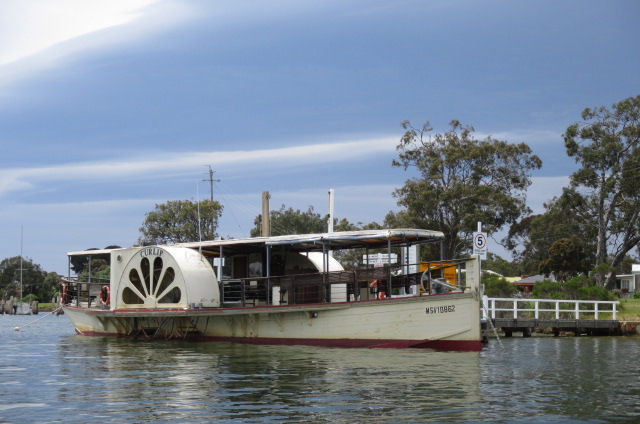 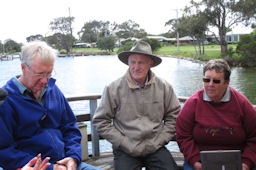 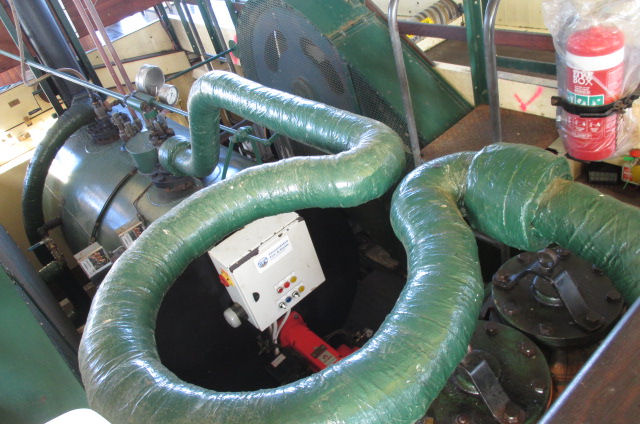 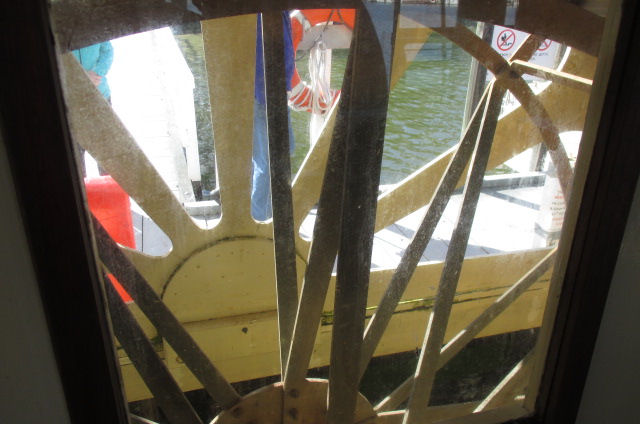 The communal roast dinner on Sunday night was ably organised by Jenny S and cooked in the Resthaven camp kitchen and various cabins, with everyone pitching in to prepare, cook, set up, serve and clean up. And not a moment too soon – the rain thundered down again and we all scattered to our beds.

Resthaven proved to be a viable alternative to Allawah, the company was good, and we saw some waterways new to most of us. All in all, a great weekend!