NOTE: Jimmie was a finalist for the inaugural Alan Chinn Award in 2019.

Jimmie’s kayak was his second boat building project, following on from “Hunka Munca” a 10ft stitch and glue rowing boat. After reading about various kayak designs at Nick Shade's website (https://www.guillemot-kayaks.com/guillemot/) he purchased “The Strip Plank Kayak” book,and selected the Guillemot design for his next effort.

Jimmie ordered western red cedar from a wood yard he had seen described in a blog (Matthews Timber) and had it machined into 19mm x 6mm planks. He formed a strongback to mount his forms, and used his son’s computer expertise to type the lofted dimensions into tables, which were then graphed into printable outputs that were printed up by Officeworks.

Jimmie glued the individual prints onto MDF boards, cut out the shapes and placed them on the strongback to complete the boat’s mould. 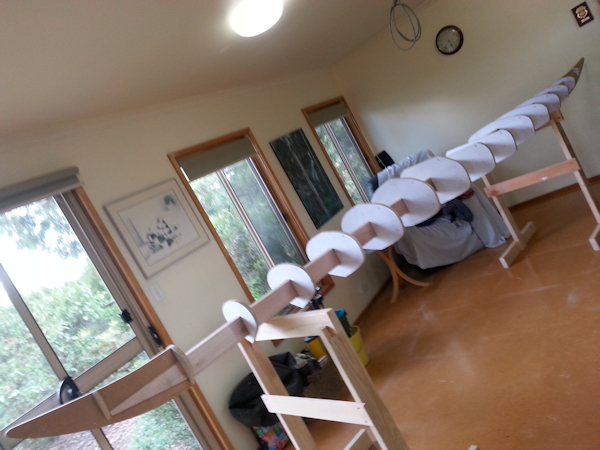 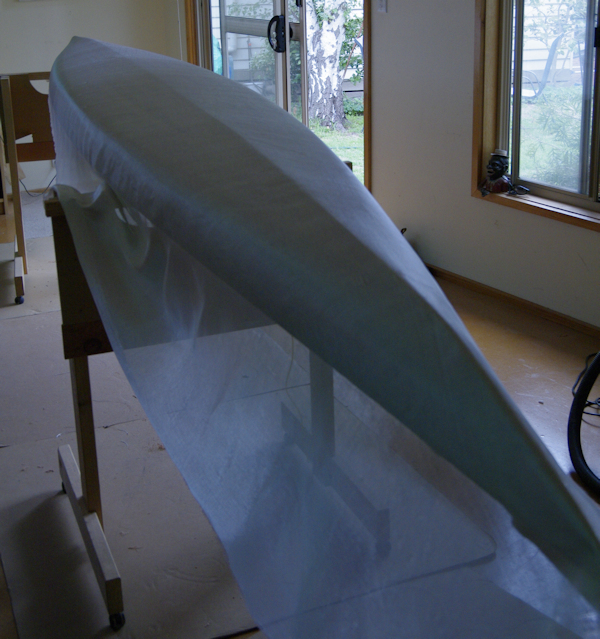 Jimmie assembled the strips around the formers without steaming, preferring to cold form through torturing and finishing the edges with a small block plane and trimming the ends to the correct angle using a tenon saw. He stuck the strips along the edges using PVA glue and used clamps, staples and tape.The kayak was made in two distinct pieces – hull and deck.   On completion they were covered with fibreglass cloth using BoteCote epoxy resin.  BoteCote  was chosen because of the ease of mixing the 2:1 mix.

The outside was coated with about 10 coats of marine varnish. The job was finished by making a padded seat with closed cell foam from Clark Rubber, and inserting some internal bulkheads. [Report by Andrew Campbell] 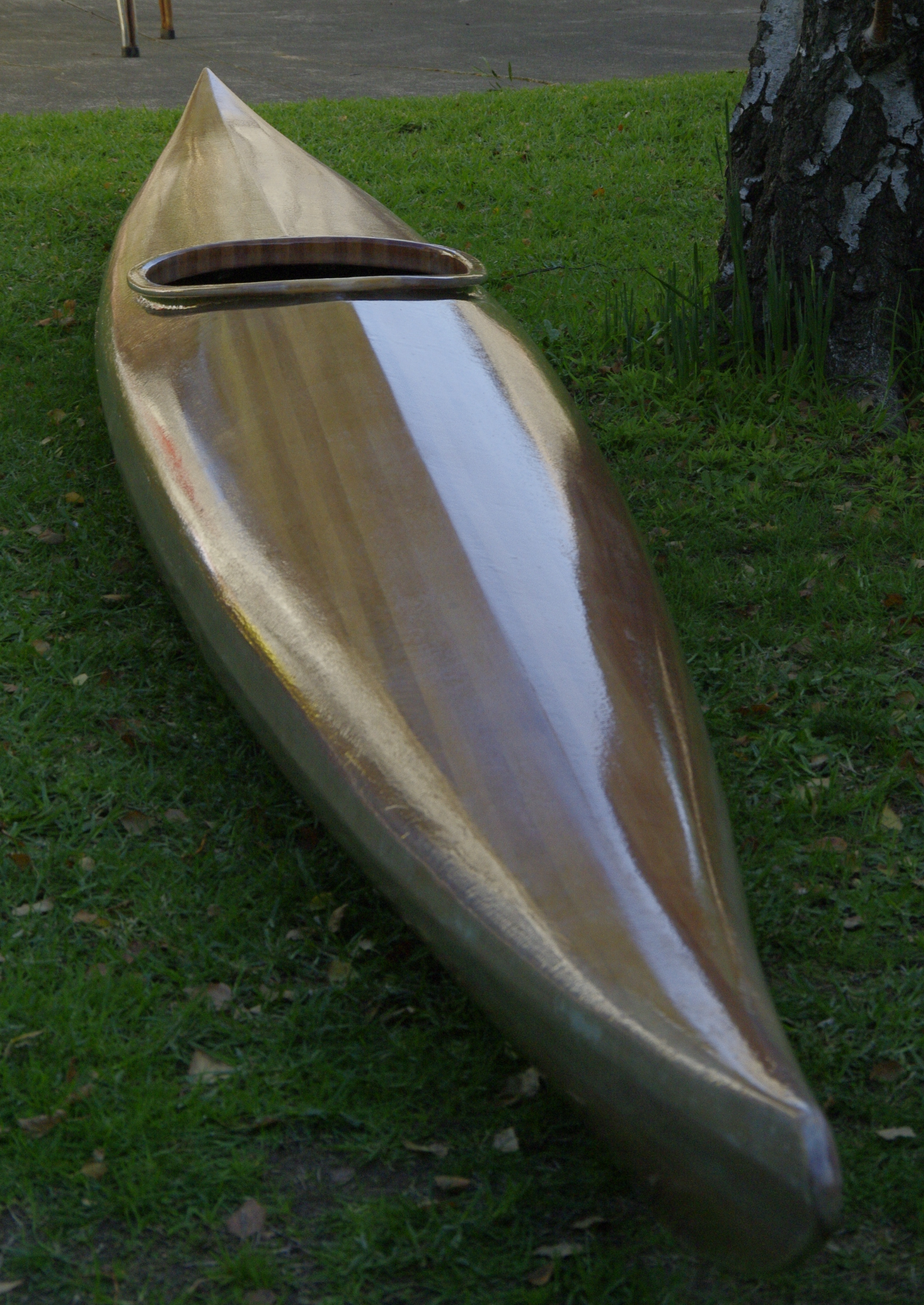